Improve your Gut Health with LactoSpore®

Probiotics are the live bacteria that live in your digestive tract, they are often referred to as “good” bacteria. They are helpful because of their overall supportive role in restoring the balance of the gut microbiome, by assisting with functions such as nutrient absorption, healing of digestive issues, supporting overall brain health, and helping fight certain allergic conditions and infections. [5]

Bacillus Coagulans is a type of probiotic or “good” bacteria. It’s able to generate spores during its reproductive lifestyle which gives it the ability to go dormant during harsh conditions and an advantage over other probiotics. B. Coagulans can be found in many natural food sources such as sauerkraut, kimchi and yoghurt but are also available in supplement form. [4]

There have been many studies on the benefits and uses of B. Coagulans some include:

Lactospore ® is a product by Sabinsa that contains lactic acid producing microbial preparation from Bacillus coagulans, MTCC 5456 (earlier known to be Lactobacillus sporogenes) 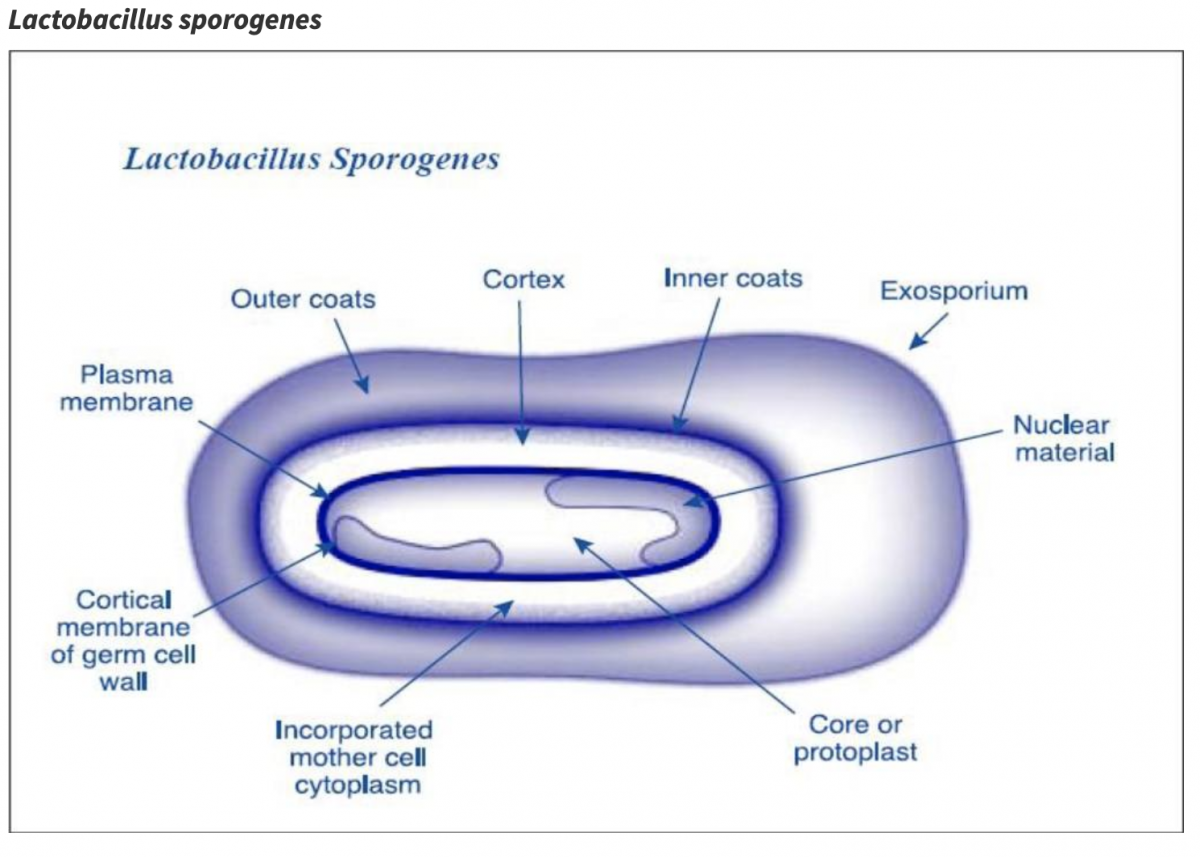 Our digestive tract contains approximately 400 different bacteria species that reduce growth of harmful bacteria and promote a healthy digestive system. Lactic acid producing bacteria are the largest inhabitant in our system. LactoSpore ® produces L(+) lactic acid, grows in the temperature range 35C to 50C and the optimum pH range is 5.5-6.5.

Everything we do affects our microbial population in our gastrointestinal tract, from our food-consumption patterns, exposure to environmental pollutants, extensive travel and unexpected changes in weather. Some health conditions such as eczema and food allergies can also throw off the balance of intestinal bacteria. If a person was to experience all of these changes in their life at once, the harmful bacteria may become predominant – a condition called bacterial overgrowth. Bacterial overgrowth can create an imbalance which may cause problems such as inefficient digestion, diarrhoea, constipation and flatulence to severe gastro-intestinal disorders.

Sabinsa’s LactoSpore ® is one probiotic supplement that may help restore and maintain your overall health and balance the gut’s microbiota population.

The species of Lactobacillus called Bacillus coagulans forms spores, which on activation in the acidic environment of the stomach, can germinate and proliferate in the intestine and produce lactic acid to then effectively prevent the growth of pathogens.

Symptoms were improved due to abnormalities in intestinal flora, a total of 567 cases in Japan were evaluated:

A study on 60 neonatal diarrhoea cases were evaluated and responded well to L. sporogenes therapy. A dose of 15 million spores per day was administered and patients had a recovery period of 1.8 days.

There are several health benefits known to be associated with probiotic consumption, they include: protection against diarrheal diseases, nosocomial and respiratory tract infections, cholesterol lowering effects, attenuation of overt immune-inflammatory disorders and anti-cancer activities.

To evaluate the safety and efficacy of Bacillus Coagulans MTCC 5856 (LactoSpore ® ), as a dietary supplement, in patients receiving care of treatment for diarrhoea- predominant irritable bowel syndrome.

Thirty six newly diagnosed diarrhea predominant IBS patients were enrolled in three clinical centres. Along with standard care of treatment, 18 patients in group one received placebo while in group two 18 patients received B. coagulans MTCC 5856 tablet containing 2 × 109 cfu/day as active for 90 days. Clinical symptoms of IBS were considered as primary endpoint measures and were evaluated through questionnaires. The visual analog scale (VAS) was used for abdominal pain. Physician’s global assessment and IBS quality of life were considered as secondary efficacy measures and were monitored through questionnaires.

Supplementation of the B. coagulans MTCC 5856 resulted in significant favourable change in rating scales for depression and irritable bowel syndrome compared to the placebo group. All the safety parameters remained well within the normal clinical range and had no clinically significant difference between the screening at the end of the study. B. coagulans MTCC 5866 showed robust efficacy for the treatment of patients experiencing IBS symptoms with major depressive disorder. These findings support B. coagulans MTCC 5856 as an important new treatment option for major depressive disorder in IBS patients. [3]

Several systematic reviews have suggested that metabolic risk factors can be reduced by adapting dietary modifications, such as low-carbohydrate foods or low-fat diets.

This study was a pre-post intervention design without a control group. Normal participants were recruited from the faculty, staff, students and community members from a chiropractic college to participate in a 21-day weight loss program. All participants received freshly prepared mostly vegan meals that included 1200 to 1400 calories per day for the women and 1600 to 1800 for the men.

The observational study indicates that a low calorie-density dietary intervention plus regimented supplementation along with patient education improved weight status and lipid profiles. [1]